Ephraim of Syria. The Pearl Part I 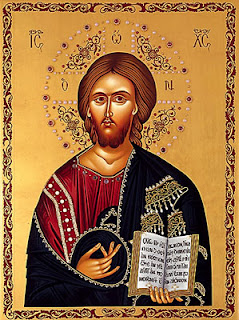 "The Pearl. Seven Hymns on the Faith" was written by the 4th century theologian, mystic, poet and wonder-worker Ephraim of Syria. Among other things, this beautiful poem offers a remarkable entry into the sources of imaginal vision. This poetic/musical interpretation of Part I of "The Pearl" was developed from the original J.B. Morris translation of 1898.

"The Pearl" can be streamed using the media player above. An mp3 audio file is available for download here. 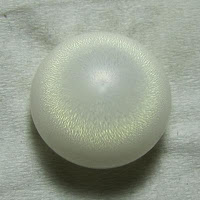 On a certain day, I took up a pearl, my friends. I saw in it mysteries pertaining to a kingdom, semblances and types. It became as a fountain, and I drank out of it great mysteries of the Son.
I held it in the palm of my hand that I might look at it more closely. I went to look at it on one side, but it proved to have faces on all sides. I found that the Son is incomprehensible, since He is wholly Light.
In its brightness I beheld the bright one, who cannot be clouded; the great mystery; the body, well refined.
In its wholeness, I saw the Truth, undivided.
I saw therein its true conception, the Son within her. The cloud was of the likeness of she that carried Him, and her type was of heaven, since there shone forth from her a great shining.
I saw therein victories, triumphs, crowns. I saw overflowing graces, hidden
things, revealed things.

It was greater to me than the ark, and I was truly astonished. I saw therein folds without shadow to them because she was born of light. I heard voices without tongues; utterances of mysteries without lips; a silent harp that gave out melodies.
The trumpet falters. The thunder murmurs. Be not so daring then. Leave things hidden; take things revealed. The clear sky holds a second shower. Your busy ears are too full of empty chatter.
And as that manna, which alone filled the people with its nourishment so too does this pearl fill me, in the place of books, and the reading thereof, and their many interpretations.
And when I asked if there were yet other mysteries, it had no mouth for me that I might hear from, nor ears wherewith it might hear me.

O pearl without senses, from which I have gained new senses!

She answered me and said: "I am the daughter of the sea, the limitless sea! And as there is within that sea from whence I came, so too there is within me, mighty treasuries of mystery! Search out the sea, but search not out the Lord of the sea!
I saw the divers who came down for me. They were astonished. They returned from those depths to the dry ground. For want of air, they returned to the dry ground. Who could linger and search on in such depths?
The waves of the sun are full of blessings; yet they also carry strife. Have you not seen, then, the waves of the sea, which if a ship should oppose, would break her apart. Yet should she yield and rebel not against them, then she is saved. In the sea, all of the Egyptians were drowned. And still, they know not why.
The twelve tribes too, were overcome, even on dry land.
How then will you be kept alive, when all the men of Sodom were licked up by the fire? How, then, will you prevail?
By these things the creatures of the sea were moved. And Leviathan too.

Have you then a heart of stone that you hear these things and still run headlong into error and the teachings of fools? I fear that justice is too long silent!

To search is also to give thanks; but which of the two will prevail? The sweet incense of praise rises along with the bitter smoke of disputation from one and the same mouth. Unto which will we hearken? Prayer and prying come from the same tongue; but unto which will we hearken?
For three days Jonah was a neighbour of mine in the sea. The creatures of the sea were astonished. They said, "Who can be free of the One? Jonah tried, yet he was swallowed into the belly of the whale. And still, you test and probe.”

Posted by Vincent Di Stefano at 00:18