Lines from the Edge of Darkness

We who live in regions of relative stability and prosperity in the so-called developed world and who are free of the uncertainty and the unpredictability that are part of daily life in war zones will occasionally be startled out of our false sense of security and certainty. Such occasions though generally rare, will often have a transformative effect on our lives. Yet we seem to maintain our sense of privileged steadiness in the face of a constant stream of disturbing images and reports that fill the electronic and print media. Such images remind us daily of the reality of ongoing wars, the horror of terror attacks, and the despair of vast numbers of families and individuals who have left everything in order to seek refuge from violence and danger, from ruined streets and houses, from bombs and bullets.

The psychic numbing we collectively experience is a peculiar aspect of contemporary reality. Images of cars and trucks crashing through crowds of people, smoke and flames issuing from the explosion of precision-guided missiles and cluster bombs, grief and carnage from the acts of suicide bombers in mosques and churches, though ever-present on our screens and in our printed media, are all somehow strangely distant. It was therefore as a great personal shock to witness at close range the immediate human anguish of catastrophic injury in a young man from a nearby town.

While waiting to be discharged after recently spending a day in the emergency ward of a regional Victorian hospital, I became aware of unusual commotion outside the double doors that separated the ward from the outside world. The doors suddenly sprung open and a young man in his middle to late twenties, barefoot and dressed only in a pair of shorts burst into the main corridor in extreme distress. He repeatedly called for help and in his agitation, ran straight past the monitoring station where several doctors and nurses were quietly gathered. I noticed that shards of skin were hanging from one of his arms, and that both of his legs and much of his torso were bright red in colour. A doctor asked, "What happened?" Between his anguished calls, he cried out, "Petrol fire! Petrol fire!" I heard someone say "Get him into a shower" and two doctors sprinted after him as he headed towards the main body of the hospital.

Some ten minutes later, he was escorted back into the emergency ward and led into the cubicle alongside the one in which I was situated. I could see that much of the skin from one of his arms had been stripped from his flesh. He was still in a state of extreme distress. Between barely muted screams he continually called out, "Help me! Help me!"

Among those present was the head of the Emergency Department, a senior practitioner who gently and firmly reassured the young man that the situation was well in hand. He calmly and repeatedly drew the young man's attention to his breathing while simultaneously instructing a younger doctor to slowly administer a 10 cc injection of ketamine quietly adding, "You may need to do this four or five times" while continuing with his quasi-hypnotic instruction to breathe slowly and deeply. 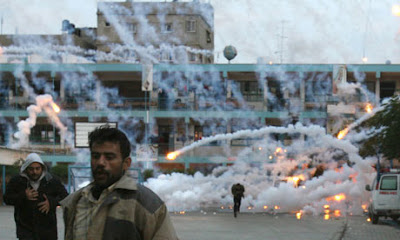 My thoughts were then overwhelmed by a flood of images, many of which had been dormant for decades. I recalled a young Vietnamese girl who had been caught up in a napalm attack running naked down a dusty road. I saw a Buddhist monk determinedly sitting within a storm of raging flame. I remembered the flayed inhabitants of Hiroshima and Nagasaki wandering dazed and despairing through their smouldering streets. Then came memories of the fire-bombings of Dresden and Tokyo, of the chimneys at Auschwitz, of the vast charnel grounds that Europe had become during the first and second World Wars. And then came a further wave of images of the children of Gaza, of phosphorus bombs streaking through a UN compound, of furious explosions in Kabul, Baghdad, Aleppo and Mosul. And I recalled the vast arsenals of stored nuclear weapons with which the earth is so heavily seeded.

I thought again of the extraordinary privileges and the freedoms that we who are strangers to the terror of war zones and the horrors of extreme poverty, drought and famine take so much for granted.

At a time when military planners gradually intensify their demonic work of softening the world up for a normalisation of the use of tactical nuclear weapons in the ever-growing fields of war, let our hearts more fully awaken to the pain of the world and to the pain of those innocents caught up in war and preparations for war. 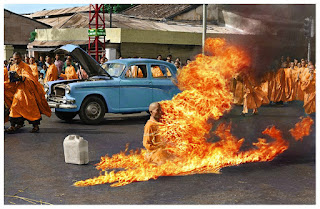 This post introduces Lines from the Edge of Darkness, a selection of thirteen original poems written over the past two decades reflecting on war and its consequences.

A PDF copy of Lines from the Edge of Darkness can be downloaded here.

This Satan's Cauldrons post offers a reflection on the nature and the degree of military violence that was unleashed during the 20th Century, culminating in the atomic destruction of Hiroshima and Nagasaki and the establishment of a worldwide nuclear project that has poisoned the future of unborn generations and created arsenals of tens of thousands of nuclear warheads. 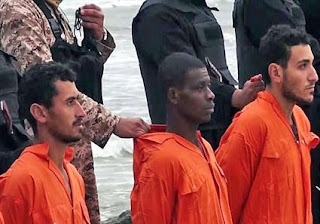 2. Blood on the Sand, Blood in the Sea. Of Courage and Treachery on Libya's Shores

This Integral Reflections post details the catastrophic litany of errors in the Middle East that resulted in the formation and the spread of the so-called Islamic State through Iraq, Syria and Libya. It offers a remembrance of the fate of 21 young Coptic Christians, who were caught up in events not of their own making. The post also carries a short video clip which is a highly moving collage of news reports, still images and edited excerpts from the video circulated by ISIS soon after their murder. 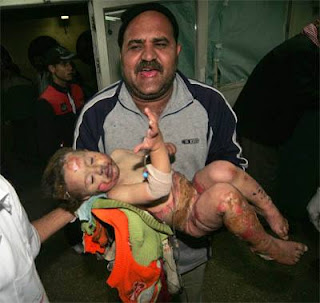 This Integral Reflections post offers a 5th anniversary commemoration of the highly destructive assault by the Israeli military on the people of Gaza during December 2008 and January 2009. It carries a substantive essay, And What Rough Beast Slouches Towards Gaza? "Operation Cast Lead" and the Dismembering of a People, detailing the events that led up to the tragic and highly consequential Israeli attack upon Gaza. The post also carries a 60 minute Integral Reflections audio production, Slouching Towards Gaza, which recounts pivotal events in the history of Israel/Palestine from 1947 to the present through the reflections of a number of informed and articulate commentators.